The restaurant and bar openings you need to know for 2020

A new year means a blank diary and a whole host of restaurant reservations to make. The coming 12 months is packed with promise, with a veritable smörgåsbord of 50 Best chefs and bartenders planning to make moves, including Massimo Bottura, Mauro Colagreco, Daniel Humm, Remy Savage and Daniela Soto-Innes. Here are the new restaurants and bars that should be on your radar as we enter into a brave new decade of excellent eating

But 2020 looks set to smash all expectations, with new sites from no fewer than four of the eight past and present No.1s in The World’s 50 Best Restaurants, exciting debuts from World’s Best Restaurant graduates and a range of openings to suit every palate – and wallet – from Buenos Aires to Bangkok; London to Los Angeles.

So grab a pen and prepare to be the first through the doors at the hottest launches of the year ahead:

Especiarium, Barcelona
When: Just open
On the cocktail list: Paloma Mola, with mezcal, grapefruit and mole
From Antonio Naranjo, the man behind Dr. Stravinsky in Barcelona comes Especiarium, a new bar inspired by spices and their influence over the ages. The perfect example is the Curryquiri, a twist on a Daiquiri with two rums and three different curries.
Carrer de la Princesa, 29, Barcelona 08003
especiariumbar.com 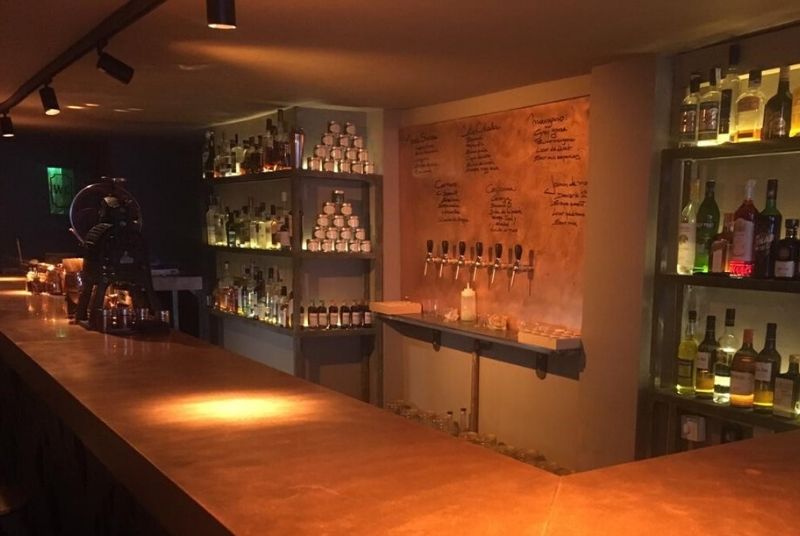 The just-opened Especiarium in Barcelona 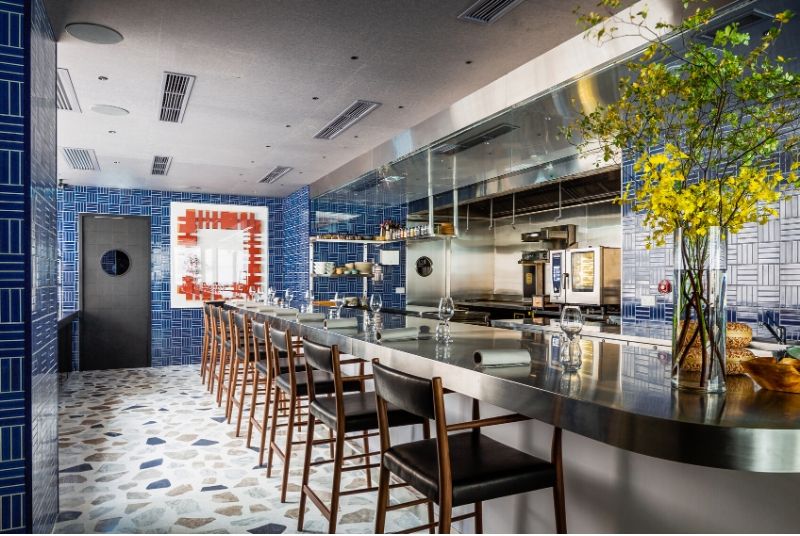 Silver Lyan, Washington DC
Estimated opening: February
Look out for: Chetiyawardana's classic botany-inspired serves
Former World’s Best Bar owner Ryan Chetiyawardana, aka Mr Lyan, opens his first US bar in Washington DC with a focus on ‘cultural exchcange’ in America. Like its siblings including Lyaness in London, Silver Lyan will explore new ways of using food and drink to bring people together, while also embracing the cultural influences of both the US and its capital. Expect a slick interior, superlative hospitality and world-class cocktails.
Washington DC
mrlyan.com

Côte, Bangkok
Estimated opening: March
Signature dish: Ragoût de la mer with grilled vegetable bouillon and Thai spice
Not content with topping the 50 Best list, opening a bakery, and a restaurant at the Royal Mirage in Dubai, chef Mauro Colagreco is putting his name to Côte, the Mediterranean-influenced signature restaurant at the luxury Capella Bangkok, which opens in March with stunning views of the River of Kings.
300/2 Charoenkrung Road, Yannawa, Sathorn, Bangkok 10120
capellahotels.com/en/capella-bangkok 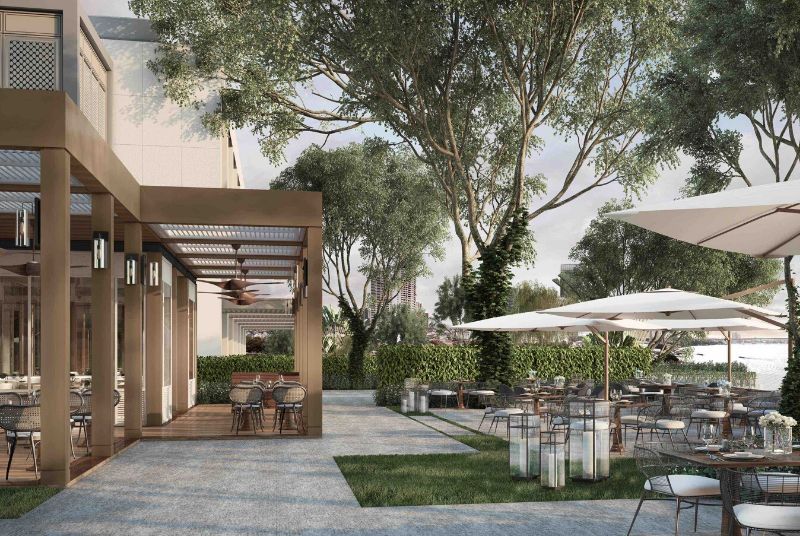 For the Krasota, Moscow
Estimated opening: March
Signature dish: A quail in ashes – a nod to the phoenix, a popular fixture in Russian folklore
Chef’s Table star and White Rabbit owner Vladimir Mukhin will open an immersive and experimental multisensory restaurant that tells the story of Russian history, mythology and nature. Meaning ‘beauty’ in Russian, For the Krasota has an interior designed by renowned architect Natalia Belenogova, while the kitchen is run by Likarion Solntsev, Mukhin’s long-time right-hand.
Romanov Pereulok 2, Building 1, Moscow 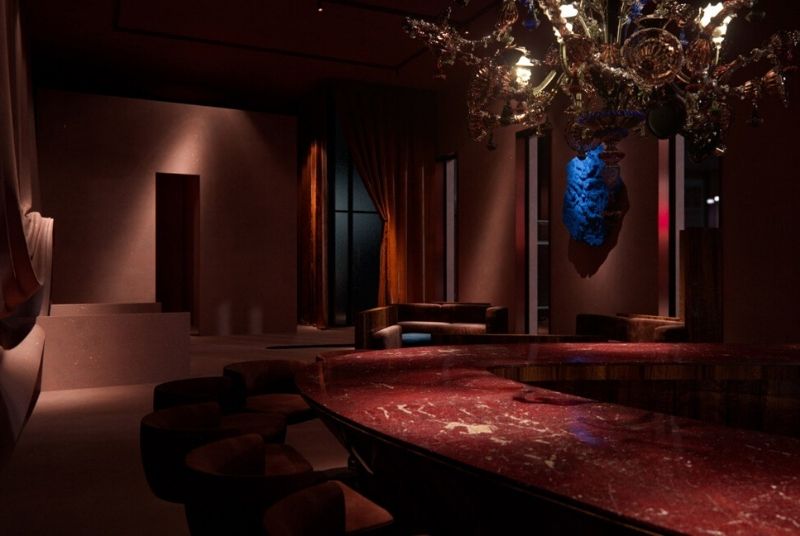 An artist's impression of For the Krasota in Moscow

Kol, London
Estimated opening: March
On the menu: Langoustine tacos with sea buckthorn
Santiago Lastra, the Mexican chef who was handpicked by René Redzepi to run Noma’s Mexico pop-up in 2017, is opening his debut restaurant in London’s Marylebone neighbourhood. Without an avocado in sight, the menu will feature ingredients sourced almost exclusively from the British Isles, alongside biodynamic wines and crockery from local ceramicists.
9 Seymour St, London, W1H 7JW
kolrestaurant.com 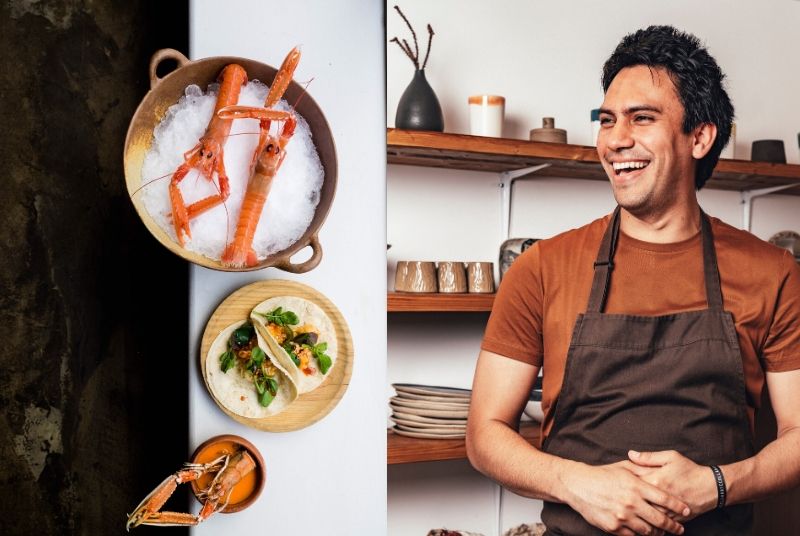 Langoustine tacos will be on the menu at Kol; its chef Santiago Lastra

Ella, New York
Estimated opening: April
On the menu: Black beans with oysters, grilled okra and sea urchin
After winning Latin America’s Miele One To Watch Award last year for her Curitiba restaurant Manu, Manoella Buffara brings her Brazilian cuisine to New York. But it’s not all beans and rice – she will surprise diners with ingredients such as a bottarga, a complex Italian cured fish roe. Expect Brazilian design by architect Marcio Kogan and cocktails by Marcio Silva of Guilhotina, a rising star in The World’s 50 Best Bars.
436 West 15th St, New York 10011

Damian, Los Angeles
Estimated opening: May
What to expect: Gourmet tacos, mezcal and a lively vibe
Daniela Soto-Innes and Enrique Olvera, the award-winning team behind Cosme and Atla in New York, will open their first West Coast restaurant in LA’s Arts District with business partner Santiago Perez. Described as Californian Mexican, the cuisine will focus on Mexican flavours and traditions with an LA twist. It will be backed by a zero waste-focused drinks programme led by beverage director Yana Volfson.
If you like this, you’ll love: Adjacent taquería Ditroit will follow in Summer 2020. A third West Coast restaurant, rumoured to be at the Wynn Las Vegas, is set to open by year-end.
2132 E 7th Place, Los Angeles CA 90021
damiandtla.com

Paste Australia, New South Wales
Estimated opening: May
What to expect: Spicy curries with Aussie ingredients
Bee Satongun, the chef behind Paste in Bangkok and Laos, has picked Australia for her next venture. Located in the Southern Highlands of New South Wales, 1.5 hours south of Sydney, Paste will explore ancient Thai recipes, implementing techniques like curing and fermenting for an approach to a never-seen-before approach to Thai food in Australia.
pastebangkok.com

A bar by Remy Savage (name TBC), Paris
Estimated opening: Mid-2020
On the coctail menu: Gentian and cassis
Located in a revamped Paris PMU – a cross between a betting shop and a café – the latest concept by Remy Savage will move away from the tried-and-tested traditional bar structure. In conjunction with Le Syndicat, former Artesian bartender Remy Savage will create a social space serving value-for-money plats du jour alongside modernised versions of classic French drinks.
instagram.com/remy_savage_

Metzi, São Paulo
Estimated opening: Second half of 2020
What to expect: Spicy food and gallons of mezcal
After working together with Daniela Soto-Innes at Cosme in New York, Brazilian-Mexican chef couple Luana Sabino and Eduardo Nava Ortiz are moving to São Paulo to open their debut restaurant. Located in lively Pinheiros, Metzi will combine traditional Mexican techniques and ingredients such as corn and chillies with local vegetables and seafood.
São Paulo 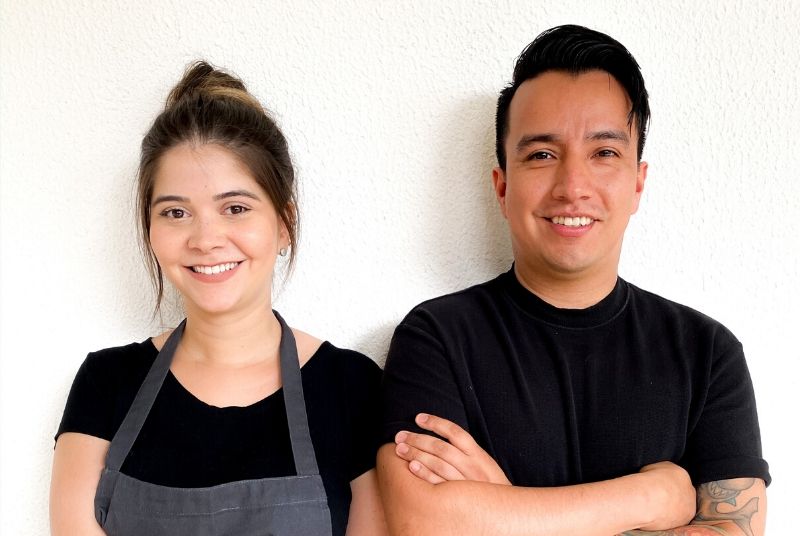 Luana Sabino and Eduardo Nava Ortiz, the team behind Metzi

The Dead Rabbit, New Orleans
Estimated opening: October
Signature serve: Glow worm – with Irish whiskey and Jamaican rum
Sean Muldoon, Jack McGarry and Jillian Vose, the team who topped The World’s 50 Best Bars list with their Irish pub concept in 2016, are expanding across the US. Based on The Dead Rabbit’s Taproom, the New Orleans incarnation will have multiple floors, outdoor spaces and a focus on Guinness and Irish coffee. It will launch as a pop-up in July before opening fully later in the year, and there are plans to expand to more US cities and beyond.
616 Conti St, New Orleans
deadrabbitnyc.com

Thomas Keller at the Wynn Las Vegas (name TBC), Las Vegas
Estimated opening: October
What to expect: Lavish design and luxurious dining typical of Wynn Resorts
Thomas Keller is the chef behind The French Laundry, which was the second ever to be voted The World’s Best Restaurant, in 2003 and 2004. After celebrating The French Laundry’s 25th anniversary last year, the chef whose restaurant group includes Per Se and Bouchon will open take over the space previously occupied by The Country Club at Wynn Las Vegas.
3131 S Las Vegas Blvd, Las Vegas NV 89109
wynnlasvegas.com

Mercearia do Centro, São Paulo
Estimated opening: Late 2020
What to buy: Organic chocolate and healthy sweets
Jefferson and Janaina Rueda, the husband-and-wife team behind A Casa do Porco, will add to their offering in downtown São Paulo with a bakery and grocery store selling eat-at-home versions of favourites from the restaurant. With a goal to replace processed foods like sausages and ketchup, they will sell their own line of healthy, value-for-money essentials.
São Paulo 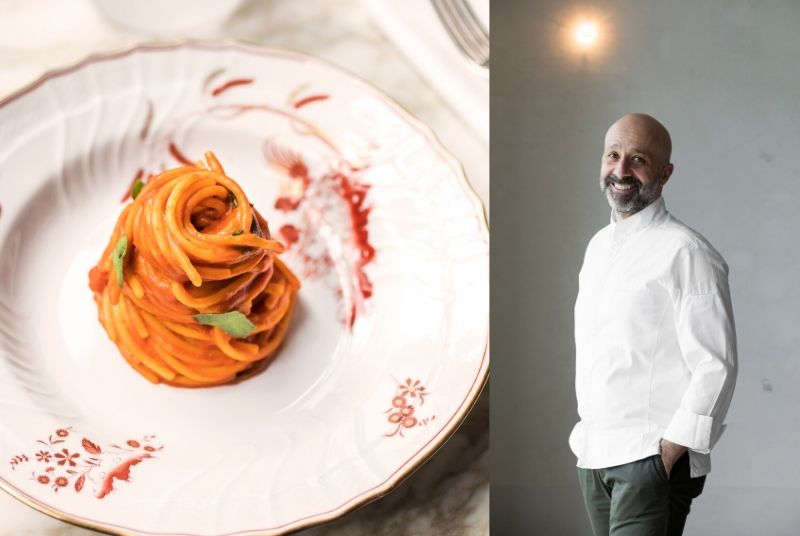 Pasta from Niko Romito and the chef himself

Bar Nouveau, London
Estimated opening: November
What to expect: Floral décor and French-leaning libations
After opening a bar in Paris in the summer, Remy Savage will launch another across the Channel, this time with inspiration from all things Art Nouveau. Expect to drink in a non-traditional space – perhaps on a rooftop, inside a museum or aboard a boat (the site is as yet undefined). Nature will dictate the menu, the décor and the cocktail ingredients.
London

A restaurant by Rafa Costa e Silva (name TBC), London
Estimated opening: Late 2020
Go if you love: Hearty mains and slick-as-you-like service
With their Rio de Janeiro restaurant Lasai voted into Latin America’s 50 Best Restaurants for the last five years and the Art of Hospitality award in 2019, chef Rafa Costa e Silva and his wife Malena Cardiel will bring their award-winning food and service combo to London. They are keeping their plans under wraps for now, but the casual restaurant will feature refined Brazilian comfort food and exceptional cocktails.

For more updates from the 50 Best family of restaurants and bars, stay tuned to 50 Best Stories for all the latest news, openings and interviews.