Following the success of the inaugural list of Middle East & North Africa’s 50 Best Restaurants 2022, the regional ranking is heading back to Abu Dhabi to reveal a new edition in 2023. Set to take place in late January, the events programme surrounding the list announcement will feature world-class chef appearances, thought-provoking discussions about local gastronomy and a star-studded awards ceremony

To kick off the year with a bang, the region’s gastronomic world will pour into UAE’s capital of Abu Dhabi to celebrate the greatest dining destinations across 19 countries in the Middle East and North Africa region. An exciting event series for food lovers, media and the industry will take place across notable venues around the city during the ‘50 Best Week Abu Dhabi’, running from 27th January to 1st February. Mark the dates in your calendar and read on to discover what’s in store. 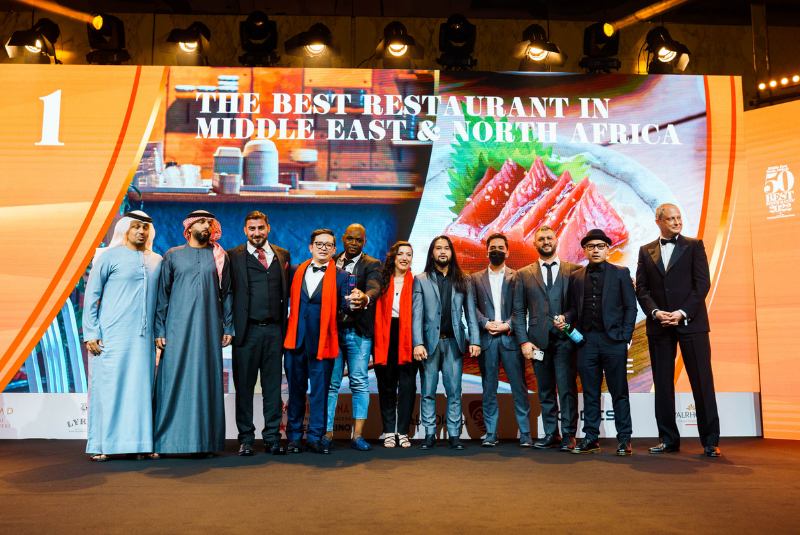 What are the key events in the programme?

A brand-new ranking will be announced in Abu Dhabi at a thrilling awards ceremony. In the lead up to the announcement of MENA’s 50 Best Restaurants 2023, 250 well-travelled chefs, critics and gourmets cast their votes for the best dining experiences. Once the polls have been tallied and the stage set, it will be time for the big reveal on Monday, 30th January. For more information about how the voting works and who makes up the Academy, check out the website.

50 Best’s popular thought-leadership conference, #50BestTalks, will also return to the stage. Following the fascinating discussions in 2022, which featured iconic MENA chefs Izu Ani, Tala Bashmi and Raz Rahav among others, this year’s event will continue to celebrate the region’s gastronomy in all its forms. 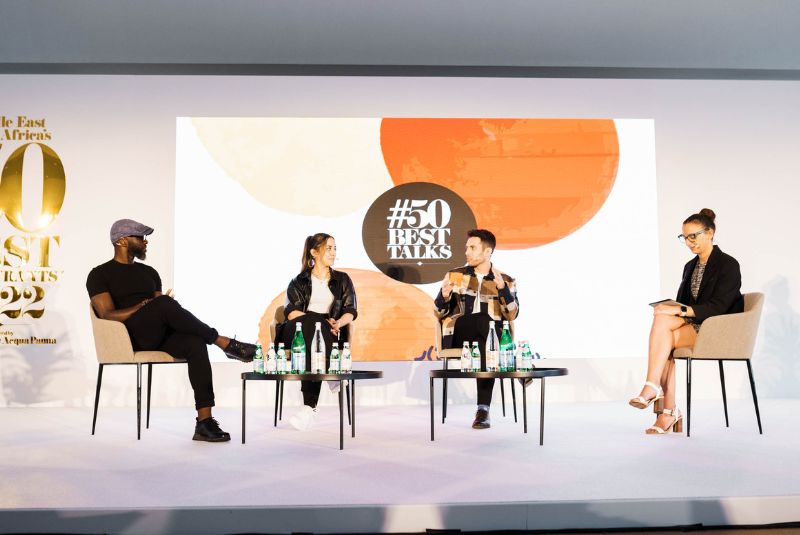 To shine a well-deserved spotlight on the area’s diverse food scene, the 2022 collaboration dining series has been evolved into the 50 Best Signature Sessions: an extensive programme of gastronomic events featuring leading chefs from across the world alongside the best regional talent. It will feature culinary personalities such as Massimiliano Alajmo of Le Calandre in Rubano (ranked No.10 in The World’s 50 Best Restaurants 2022), Hiroyasu Kawate of the acclaimed Florilège in Tokyo (No.3 in Asia’s 50 Best Restaurants 2022), rising star chef Jessica Rosval, who helms Massimo Bottura and Lara Gilmore’s passion project, Casa Maria Luigia in Modena, and Asia’s Best Pastry Chef 2022 Maira Yeo from Singapore.

Lucky diners will be able to buy tickets to these hot tables, so look out for more details in the coming weeks on @theworlds50best Instagram.

What can I expect from the awards ceremony?

The reveal of the No.1! On Monday, 30th January 2023, a restaurant in the region will be crowned The Best Restaurant in Middle East & North Africa 2023, sponsored by S.Pellegrino & Acqua Panna. In 2022, it was the much-loved 3 Fils in Dubai that claimed the prestigious title. Stay tuned to find out who will take the coveted top spot next year. 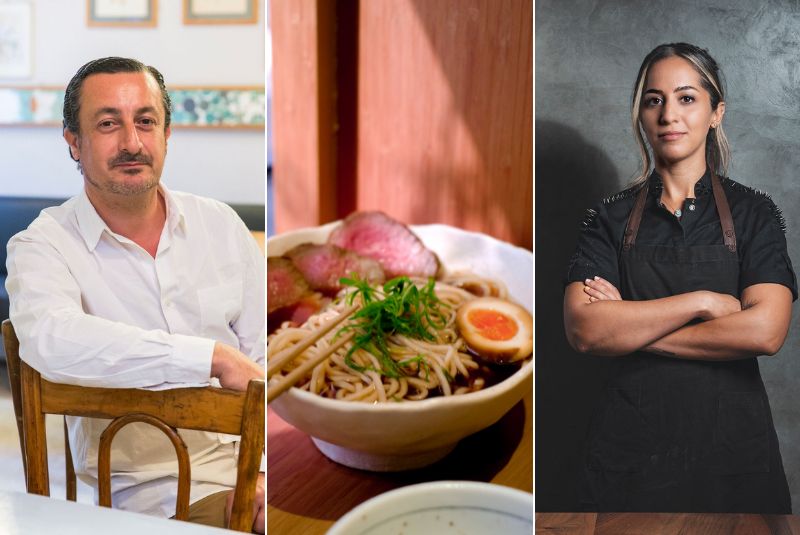 Besides the anticipated countdown of the list from No.50 to No.1, individuals from across North Africa, the Levant and the Gulf states will be recognised with special awards: the Art of Hospitality Award, Chefs’ Choice Award, Sustainable Restaurant Award and MENA’s Best Pastry Chef. New to the roster are the Highest New Entry and Highest Climber Awards, the former given to the highest-ranking venue debuting on the 2023 list and the latter to the best-performing restaurant within the ranking.

A host of announcements will also be made in the coming months, before the awards ceremony itself: on 7th December, it will be the MENA’s Best Female Chef Award, helping promote greater gender balance in the hospitality sector – previously awarded to the talented Tala Bashmi, hailing from Bahrain; on 4th January, the Icon Award will follow, honouring an individual respected across the gastronomic sphere – claimed by culinary activist Kamal Mouzawak in 2022; finally, on 18th January, the One To Watch Award will be announced, highlighting a rising-star restaurant – attributed last year to chef Neha Mishra’s ramen joint Kinoya.

Don’t miss a moment of the excitement by tuning into the awards ceremony, which will be livestreamed on 50 Best’s official Facebook and YouTube channels on 30th January.