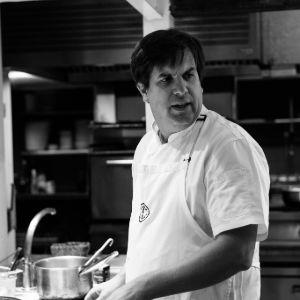 Chef Gastón Yelicich delights diners in Punta del Este with his marine-focused cookery. Meaning ‘four seas’ in Spanish, the oceans play an indispensable role in the formation of the menu with produce bought from the local fish market each day. The Uruguayan was previously at the helm of the popular Isla de Flores 1900 in the capital Montevideo, from which he brings his trademark hearty culinary approach.

Pastry chef Patricia Martínez also creates showstoppers for dessert, including delicately piped and torched meringue pies. The selection of cocktails on the drinks menu include an unmissable caipiroska to pair perfectly with the appetisers.